The press is always mentioning knitting. We had Wool Week in October 2010, spearheaded by Prince Charles, it involved over 80 fashion brands promoting the event. Knit “wear” is also being recognised outside of fashion and knitted homeware is making a real presence amongst homeware design.
I blogged earlier about knitted lampshades, which was mentioned in the Evening Standard’s design section (and Tea & Crafting had a wee small mention too always good) you can read it here if you like, and last month Red had a spread on “The Wool Rules” featuring knitted homeware not knitted fashion. 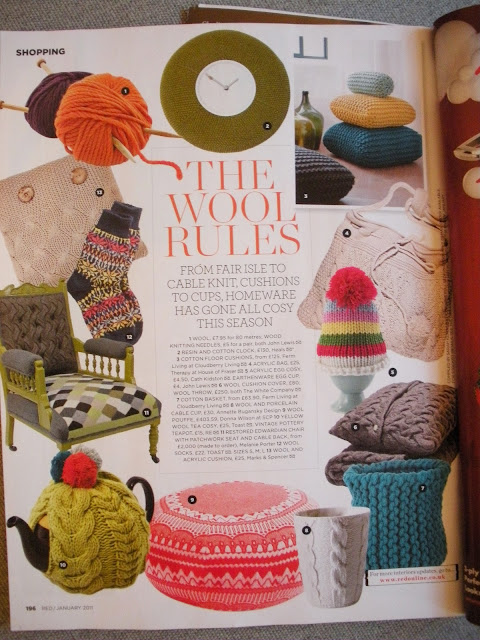 It got me thinking as I only ever knit baby booties, blankets and scarves I’m not too keen on knitting anything else I’m more of a crochet gal myself (read: I’m quite impatient and like quick projects) that I would like to knit something simple for the home, that won’t offend my boyfriend. Some of the items featured are easy to knit and inspiring and I always love to challenge myself to make it cheaper than sold. If you’re a beginner you can easily stay on trend and knit a simple egg or tea cosy like those sold by Cath Kidston. Even easier would be knitting some cushion covers you don’t need to know how to cable stitch to make something pretty for the home. Just look at the top right cushions stacked on top of each other in the article, this is done simply with garter stitch! Easy – project complete. I cannot get my head around the white porcelain cable cup (bottom centre number 8 if you can see it), can you really drink from this? Its probably more of a holder of all sorts.
So onto my project for the home, I went and bought some Rico Pom Pom wool to make myself a knitted cushion for my new “knitting” chair I got towards the end of last year.Rico Pom Pom wool is normally used to make scarves, one ball costs roughly about £9.00 and it makes one scarf but I loved the idea of the softness of the pom poms for a cushion instead. Casting on with Pom Pom wool is not the easiest but once you get into the habit of having two stitches per pom pom space its becomes quite natural. It took me about 3 hours to complete this – it really is easy only knit stitch all the way around. 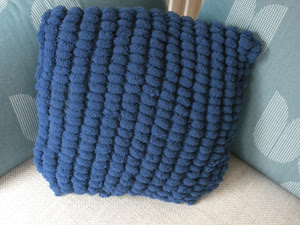 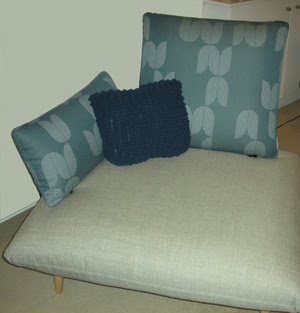 Rowan have an excellent section on free knitting patterns – homeware and fashion – click here for the site.

The post Knitting in the News appeared first on Tea and Crafting.